Writing a Novel - Where to Start? There are many ways to start writing a novel. You can start in the middle, create a scene list, or create a chapter list. However, it will be helpful to understand the conventions of each method. This article will provide tips for starting in the middle of your novel. Read on for tips of Book Writing Online to make the process easier. You can start with an idea or central idea, or you can create a chapter list. Also, you can take help from Book Writing Online to write your novel for you.

Starting in the middle of a novel

A great starting point for your story in the middle of the novel. The protagonist will be attempting to solve a problem related to the core conflict. As the problem grows, the protagonist’s world will turn upside down and he/she will look for help. Then, the protagonist will face the bad guy. And so on. It all begins with a big problem, and the plot twist builds toward a climax.

Whether your protagonist is the hero or the antagonist, the middle stages of your novel will be the most challenging. The protagonist must make decisions based on new information or on the actions of another character. Write the scene that will evoke the most emotion and keep the reader engaged. A great writing tool for the middle stages is Book Writing Online. If you are struggling to write, Book Writing Online can help you write your novel.

A new character or minor character will add tension or suspense. They can provide important knowledge or skills to the characters. Adding new characters can create new conflicts and dynamics between the characters. A mushy middle is often a result of a lack of purpose. Beginning authors often insert scenes that show how the characters get along but do not suggest how those relationships relate to the larger story arc. The middle of a novel is an ideal time to introduce new characters or re-examine your existing characters.

Starting with a central idea

A central idea is a message a writer wants to convey to their readers. This can be a universal truth or one of your characters’ major discoveries, conflicts, or feelings. As long as you can support it, a central idea is a great way to begin a novel. This statement should cover the most amount of your story. The more important things you have to remember when crafting a central idea for your novel, the more likely your readers will be to buy it.

Once you have a central idea for your story, you can develop it into a plot. For example, a novel that deals with the character’s new ability may be a story about forbidden love. You can explore the moral ramifications of this new ability and how it will affect the characters and their lives. If you’re writing a novel about an alienated poor student who murders a stingy pawnbroker, your central idea could be the boy’s new ability. This idea could lead to a story that explores the implications of that new ability, as well as the way that he’ll change the world.

While you’re planning your story, you should first make sure that you have written down all the ideas you have. A writer’s memory is fickle, and they need to have a firm grasp on the entire story. In order to make sure that you can remember everything, you can make a touchstone target, preferably one sentence long, which will act as your guide when writing a novel.

A scene list is a handy tool to help you plan the overall structure of your novel. Unlike a table of contents, scene lists are not meant to be read in order. Instead, they are a detailed look at each scene and what happens next. It will help you conceive of your novel’s throughline and help you determine if your characters need more development. Here’s an example of a scene list:

To make your scene list, use a spreadsheet. This way, you can add columns and note important details. For example, if a scene contains only a single character, you may want to break it up into several separate scenes. Likewise, if you have a long novel, you can divide it into several smaller scenes and keep only the most important ones on each list. This way, you can quickly reorder your scenes based on the story’s progression.

Once you’ve made a scene list, you’ll need to think about the bigger picture of your scene structure. Make sure your novel has a balance of high-action scenes with quiet, contemplative ones. Too much action and conflict will wear out the reader and make the novel seem overly rushed. Basic scene types include the epiphany scene, transition scene, twist scene, and escape scene. In addition, you might need to include scenes that show resolution or the recommitment of a character.

Using a chapter list when writing a novel can help you organize your story and avoid feeling stuck in the middle of the novel. Each chapter should have a specific mission, which should align with the premise of the book. The reader should fall into the rhythm of the book and feel like he or she is following the journey of the protagonist. Having a clear outline of the chapters can help you plan the flow of the novel and keep readers interested.

When creating chapter titles, try to include only important characters. Use a word or phrase from the book that represents the event the chapter covers. In a historical novel, for instance, the protagonist might say “I really regret getting married.” This line will lead to a big crisis in the relationship. Using characters’ own words help readers identify with the characters and their struggles. Try using idioms and wise sayings. It is also okay to use famous quotations, especially if they are aptly descriptive of a particular event or lesson learned.

Depending on the length of your book, you may want to break up the chapters into smaller parts. If a chapter is too long, you may want to split it into several shorter ones. You may also want to divide a large chapter into several shorter chapters. While these shorter chapters might be more convenient, you shouldn’t always break them into separate chapters. Besides, the first two steps are much more important than the chapter’s length.

When you are writing a novel, one of the most important things you need to avoid are cliches. While these words are incredibly common and easily replicated in any genre, they are not necessarily bad. In fact, they can often give your story new meaning. Here are some tips to avoid cliches when writing your novel:

Cliches are incredibly common, but you need to avoid them at all costs. They are like minor forms of plagiarism, because they come from other works or cultures, but they show a lack of originality and attention to detail. Avoiding cliches when writing a novel is easier said than done. It is important to use fresh, original language and tone throughout your work. Avoiding cliches can make your work better received and will ensure your work is more unique work.

Related Blog: “How Do You Begin Writing A Novel?“

While it may be tempting to create a single character for your novel, this approach may distract the reader. You must make sure that the character is consistent throughout the novel to avoid this. For instance, if you are writing in the first person, the narrator should be present in all scenes. If you are writing in the third person, you should not reveal the thoughts of another character. You can also use adjectives to add more life and color to weak verbs and nouns. They can also help cut down on the number of words you use, making the story flow easier.

Using longer sentences and paragraphs will slow down the pace of your writing. Readers associate longer sentences with more formal writing and complicated ideas. Using intentional word choice allows you to fully develop an idea while also allowing you to add more detail and introspection. This way, you will keep your readers interested in reading the novel and make them feel invested in the characters. It is important to avoid making your writing sound too formal or too descriptive.

When describing emotions in your novel, you should keep the mood of the scene consistent. Humans are sensitive to moods, so it is important to know when to introduce different moods in a story. You can make this decision by studying your own writing style. For example, a story about desperation will have a different language and tone than a romance novel, which might be more emotional. 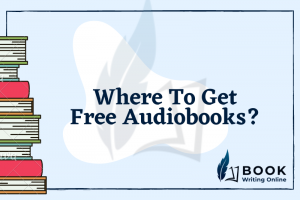 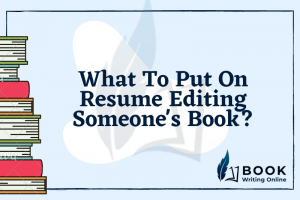 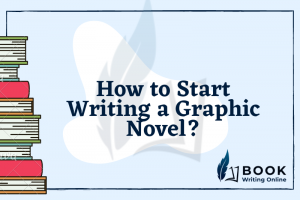 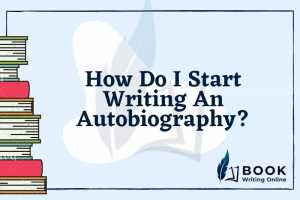